Dr. Henry G. Stratmann, M.D., of Springfield, Missouri, has accepted an invitation to become a member of SIGMA, the science fiction think tankTM. Founded in 1992 by Dr. Arlan Andrews, Sr., SIGMA’s mission is to provide practical futurism pro bono to the Federal government and appropriate Non-Governmental Organizations (NGOs). Collectively and individually, SIGMA members have consulted with diverse Federal agencies on matters of national defense, natural disasters, advanced technologies, social media, potential future events and operational matters.
Andrews welcomed Dr. Stratmann to the group of more than 40 science fiction and game writers, praising his accomplishments in both science fiction and medicine. “As a medical doctor, science fiction writer and scientist, Henry is a true Renaissance Man. SIGMA and the nation are fortunate to have him available to contribute his wide range of expertise, experience and imagination to national and global issues.”

Arlan Andrews, Sr., founder and director of SIGMA, the science fiction think tank, accompanied SIGMA members Catherine Asaro, Kathleen Ann Goonan and Mark O’Green to Riyadh, Saudi Arabia, as guests of the Saudi Arabian General Investment Authority (SAGIA). The authors presented a panel, “Disruptive Technologies,” during the Global Competitiveness Conference 2012 (GCF), an annual gathering of several thousand of the world’s political, financial, academic and intellectual leaders in the Saudi capital. The theme of this sixth GCF was “The Entrepreneurship Imperative”

Questions from the audience ranged from “Why do guys spend so much time on video games?” to “How can we introduce science fiction to the Arabic world?” to “What do you see as the greatest danger in emerging technologies?” Related conversations on science fiction, gaming and futurism carried on into the evenings, as in any American science fiction gathering. The younger generation in Saudi Arabia seems to be as interested in these areas and concerns as are fans in the United States, and the older generation in the Kingdom supports innovative entrepreneurial activity, as witnessed by the sponsorship of the GCF itself.

SAGIA hosted its guests with legendary Arabic hospitality in and around Riyadh, including colorful Bedouin folk dancers and a dinner at the farm of Sheik Hamad Almosa, a buffet at the National Museum, and sit-down dining on carpets at Nadji Village, the oldest standing souk, or marketplace, in Riyadh.

With a membership of over forty science fiction and gaming authors, SIGMA is a science fiction think tank founded by Dr. Arlan Andrews, Sr., while he was working in the White House Science Office, to provide futurism consulting to the US government and NGOs. SIGMA now offers its consulting services to private organizations as well.

SIGMA members Dr. Gregory Benford, Dr. Geoff Landis and founder Dr. Arlan Andrews, Sr., made presentations at the DARPA/NASA sponsored 100 Year Star Ship Symposium in Orlando, Florida, on September 30 – October 2, 2011. The 100 YSS symposium is part of an initial effort to establish the social, financial and technical foundations necessary for human flight to the stars a century from now.

As in the 100 YSS symposium, SIGMA supports efforts for all citizens, especially science fiction authors, to provide creative ideas to government planners.

Arlan Andrews and six other members of SIGMA , a science fiction think tank providing pro bono futurism insights to government agencies and others, were invited to attend the emerging technology WorldÕs Best Technologies (WBT) showcase in Dallas Texas on March 16-17, 2010. Over the course of the two-day showcase SIGMA members interviewed emerging technology inventors, developers, and supporters and inspected the latest and best technologies being developed. They also sat in on numerous six-minute presentations on the new technologies, their potential markets, and the amount of funding necessary to bring them to market within a two to five-year window. 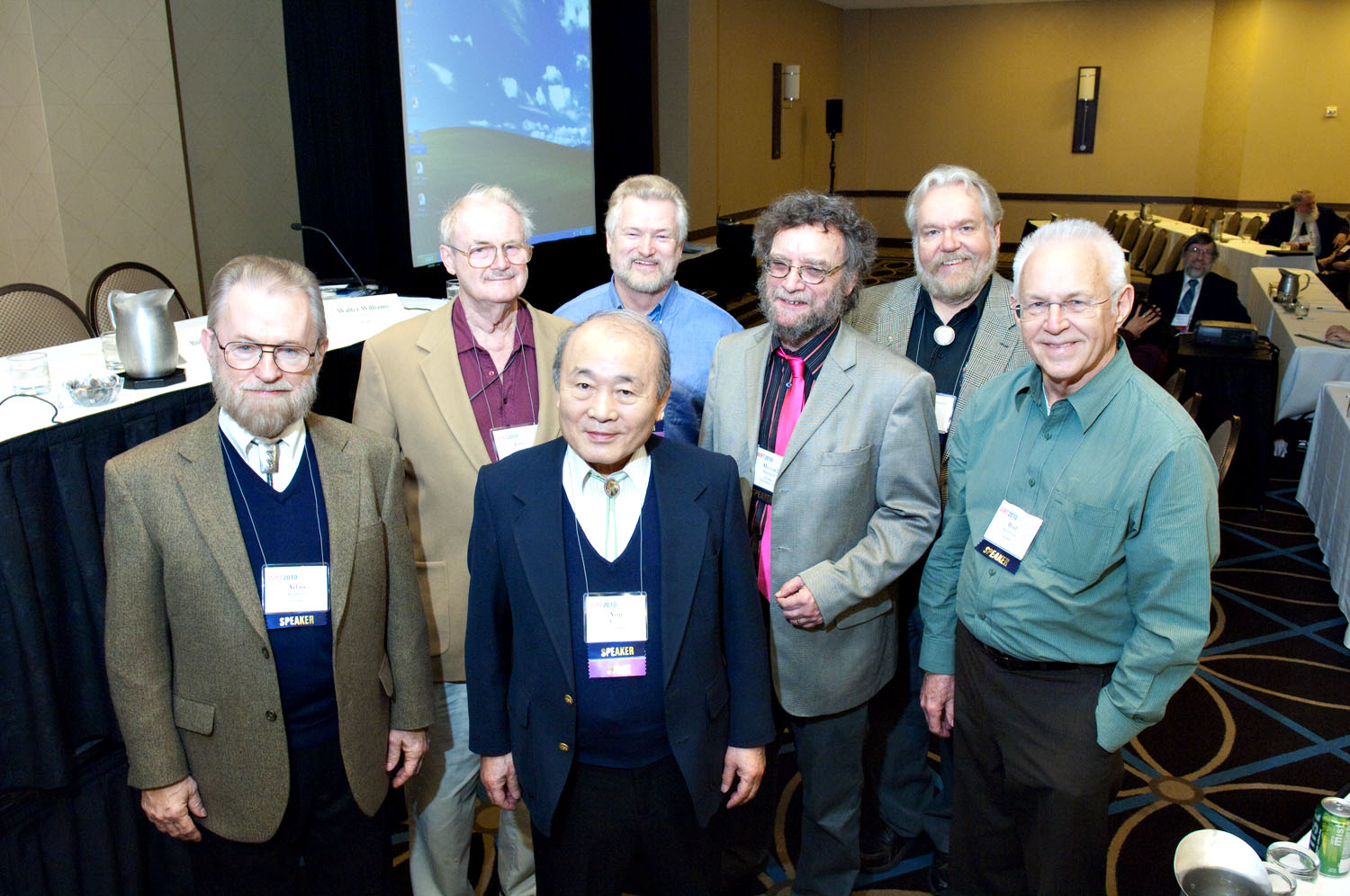 At the conclusion of the presentations and exhibits, SIGMA members presented their views of what they had observed at a one-hour panel discussion attended by nearly half of the conference attendees. Later, SIGMA founder Arlan Andrews provided the after-dinner keynote speech. A Funny Thing Happened on the Way to the Future. During his talk he introduced works by SIGMA members, covered a brief history of science fiction, and explained how the present, which was the future at one time, turned out differently than expected, even if some of the features were accurately predicted. In both cases the SIGMANÕs tried to convey how SF writers think about the future and the results of technological application. The relevance to new entrepreneurs is that imaginative science fictional thinking will help them prepare for whatever events and technologies the future holds.

The WBT Conference is an annual gathering where preselected emerging, but unfunded, technologies and innovations are showcased to venture capitalists, technology transfer organizations, and other sources of both technology support and capital provision. At this yearÕs conference devices employing technologies at the nanometer range (1 to 100nm scales) were prevalent as well as a variety of medical, security, and translation devices.

SIGMA member Colonel Peter Garretson was interviewed by Kalkion, an online SF magazine in India. See his interview at Kalkion.com.

SIGMA was well represented at Reiter’s Bookstone in Washington DC by eight members for an evening of discussion and book signing regarding a variety of subjects. Attendees were: Arlan Andrews, Greg Bear, Catherine Asaro, John Hemry (Jack Campbell), Yoji Knodo, Tom Purdom, Tom Ligon, and Bud Sparhawk. The event was covered by the Washington Post.

SIGMA members conducted a panel discussion at the Department of Homeland Security’s conference. Greg Bear, a SIGMA member, also was Master of Ceremonies for the conference. Here are a few articles on how SF imagining has shaped thought in relation to the event.

Military Officers Association of America published the article “Thinking Outside the Box” by Don Vaughan. This short article discusses SIGMA’s appearance at the Department of Homeland Security Stakeholders conference in Washington DC and presents a few of the panelists’ observations.

USA TODAY article of 5-30-07: The first national publicity for SIGMA came in USA Today, where a reporter interviewed SIGMA members attending the Dept. of Homeland Security conference in Washington , D.C. Read this article

ANTI-terror chiefs have turned to authors of time travel, inter-galactic warfare and out-of-this-world gadgetry in the fight against Al Qaeda. Read this article

ANTI-TERRORISM chiefs in the US have hired a team of the country’s most original science-fiction authors to dream up techniques to help them combat al-Qaeda. Read this article

Sandia Labs posted an article following the October 1999 Sandia-SIGMA meeting on future national disasters, but we have no copy of that, and it is no longer posted.

Corpus Christi Caller Times Op-Ed article about SIGMA and DHS by Arlan Andrews: What has Sci-Fi ever done for the country? Read this article